For well over half a century this was the address of Dr. Muhammad Hamidullah, his home in Paris, a small flat on the top floor in a 17th-century building that is classified as a national monument (Classe patrimonie). The building has no lift but a grand staircase and a chandelier, with tiled marble floor – though a little run down – and opening into a private cobbled-stone courtyard. Opposite the church of St Sulpice, it is situated in an area of the French capital that has acquired fame as ‘the left bank’, where literary and cultural figures such as Ernest Hemingway and artist Delacroix dwelt. Whereas tourists throng the neighbourhood for its ambience, for Dr. Hamidullah the left bank brought poignant memories of his lost home country Hyderabad as he strolled by the River Seine that passes through Paris. 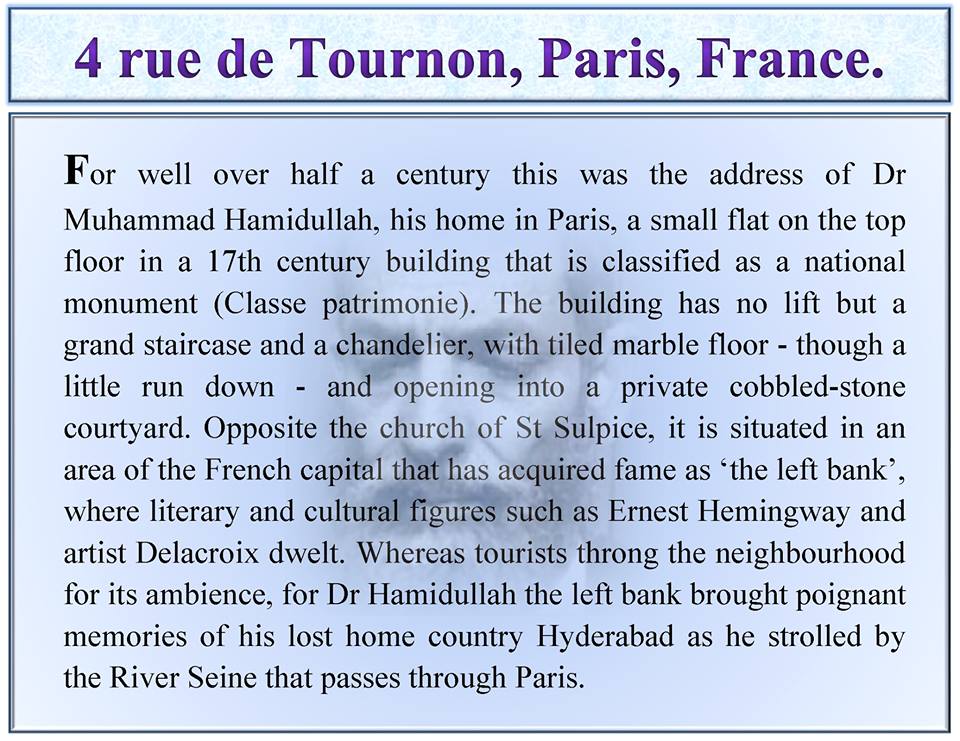 Confessions and Conversations, Poet, poitician and polymath, A chat between Dr…

Muhammad Hamidullah: a life devoted to the spread of Islam Written by Seyfeddine Ben…

Hamidullah, as I knew him Written by Bamba Amara